This time of year is always important as it is a time to reflect, not only on history and the sacrifices made by our forefathers but also those who paid the ultimate sacrifice in modern conflicts too.

Rugby has always been my passion and going into the Royal Regiment of Wales gave me an opportunity to be a soldier and a rugby player – so it was like a match made in heaven – and to be honest I flourished with the time in the military and though I parked the rugby to focus on soldiering I found who I wanted to be – grew – and met friends for life.

My military service started back in 1998, with my first operational tour to Northern Ireland later that year which was quite the baptism of fire. The tempo never dropped, it turns out that my era of soldier would catch quite a lot of operations, I had been twice to Kosovo and Iraq by the time I got to Afghanistan.

In 2008, after transferring to 1st The Queen’s Dragoon Guards in 2005, my life changed forever while on patrol in Afghanistan.

I was commanding the lead callsign (vehicle) on a patrol in Musa Qala in the Northern Helmand Province. We had been on the ground for some time and had just moved out of a wadi and up onto a plateau not far from our destination – FOB Edinburgh (Forward Operating Base). As we crept cautiously forward I briefed my team which had cleared the IED hot spots known as VPs along the way, told them to keep hydrated and get fresh batteries in their Vallons (metal detectors) when there was a huge explosion and everything went black. 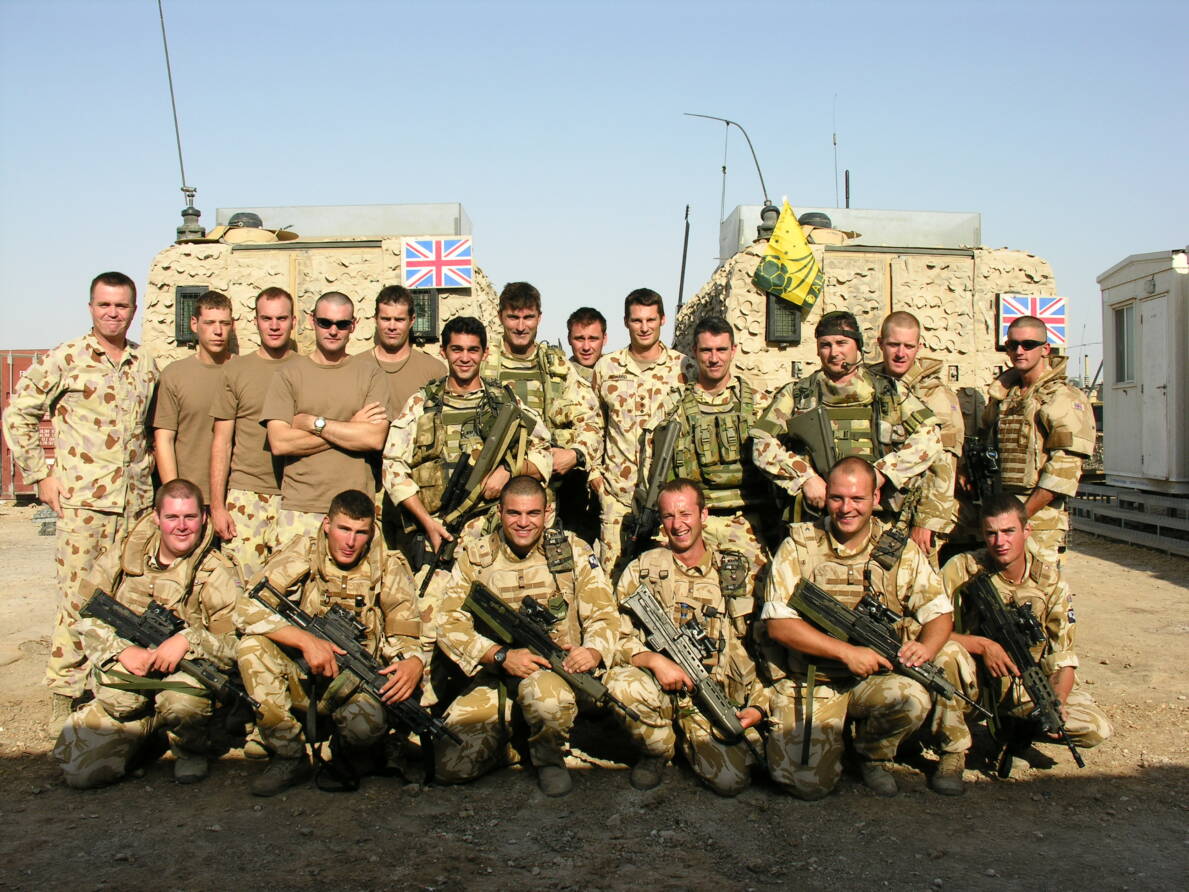 I woke up to a different world, the first thing I noticed was a taste of blood in my mouth and the high pitch squeal in my ears, the dust was like a curtain in the back of the vehicle so as the sound in my ears subsided the first thing I heard were the screams from my team, something that still wakes me up in the middle of the night 12 years later.

The blast had hit the centre of our vehicle and the floor blew up. Luckily the vehicle had soaked up much of the blast but those of us in the back of the vehicle had injuries to our legs and I had taken a bump on the head.

The area was secured by our troop and my Troop Leader called in a helicopter to casevac (casualty evacuate) both myself and two of my team. We were taken back to Camp Bastion for treatment and subsequently flown back to hospital in Britain.

Getting ripped out of that environment – and from all of your friends that you’ve been fighting alongside – to being almost helpless in hospital was extremely challenging, mentally and physically.

Coping mentally with the consequences of your injuries and the long-term effects of the hidden injuries are almost a bigger trauma than the physical injuries. PTSD is the worst. People under my command were injured. I couldn’t cope with that, although I was not to blame. I have struggled with that for a long time. Being involved in sport helps. It’s a way of helping other people and processing what happened to me. I’m very lucky to have found myself into a role where I can make a difference again and find some self-worth.

I didn’t have my leg amputated immediately. I was treated at Headley Court for four years but I can remember sitting in the house looking out of the window watching my kids play outside, while I’m in a morphine-induced stupor thinking what kind of dad am I? It became clear to me that the pain had become so dominant that I had become almost a slave to my medication and in the end the surgery was an easy decision. 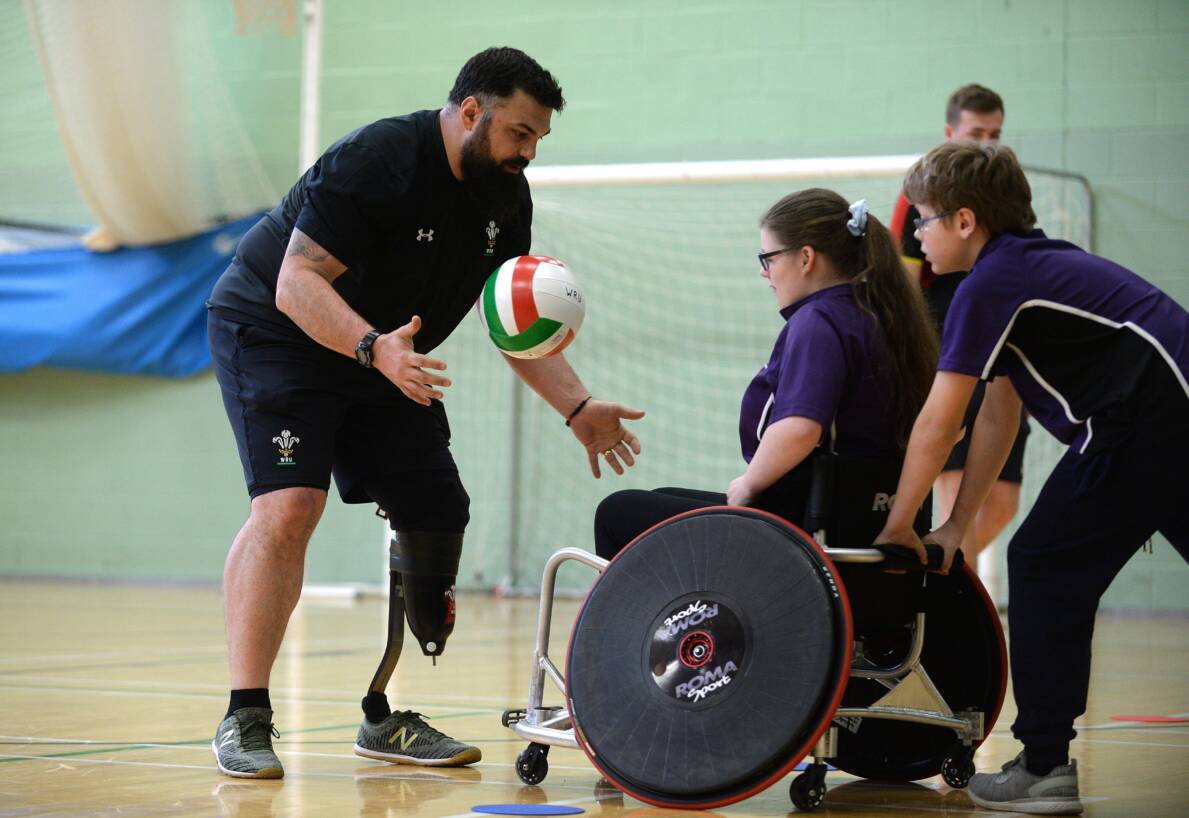 For me, rugby has helped me a lot to find confidence within myself againDarren Carew

I also had to learn to live with the Mild Traumatic Brain Injury that I had suffered in the blast, my memory and speech can still be frustrating to deal with now, and back then it was tough, but I was surrounded by the most inspirational people at Headley so you try not to dwell on it and to focus on the next step of recovery.

I have a lot of friends who were seriously injured and a single, below-the-knee amputee in the military in injured terms – this is just a scratch. My friend Cayle Royce has rowed the Atlantic twice and he is missing both of his legs and suffered multiple other injuries – the guy is a legend – he was seriously injured.

During my recovery at Headley Court, the value of adapted sport became clear. Help for Heroes had a direct impact on my progression post-injury. I was part of the GB team for the Warrior Games in shot put, discus and also cycling with an eye towards competing at Invictus Games but during that competition I found my passion for coaching and gave up competing to help others.

Having begun to coach my kids’ rugby teams, I was on my Level 1 coaching course when WRU Coach Development Officer Nigel Way invited me to the Disability Six Nations event at Ystrad Mynach. The rest as they say, is history.

Ryan Jones invited me to help develop a programme of disability rugby coaching within schools which led to my current role implementing the first WRU Disability Rugby strategy. For me, rugby has helped me a lot to find confidence within myself again.

Everything I’ve noticed since being injured is that you adapt the world around you to suit your needs. You’re not disabled but trying to enable yourself to be what you were or what you want to be.

For me, it’s about getting children playing and enjoying themselves – playing their national sport like everyone else. Kids are kids, all they want to do is run around and have fun and being Welsh, they all want to play rugby.

I’m very proud of the opportunities we’ve created since launching the strategy [CLICK HERE) . There are now inclusive opportunities in every region for all ages and formats of the game from inclusive clubs for children to wheelchair rugby and mixed ability adult rugby. We also work closely with Wales Deaf Rugby and we are looking to develop more visually impaired rugby. Everyone in inclusive sport is keen to get back to the game we love – when it’s safe to do so. 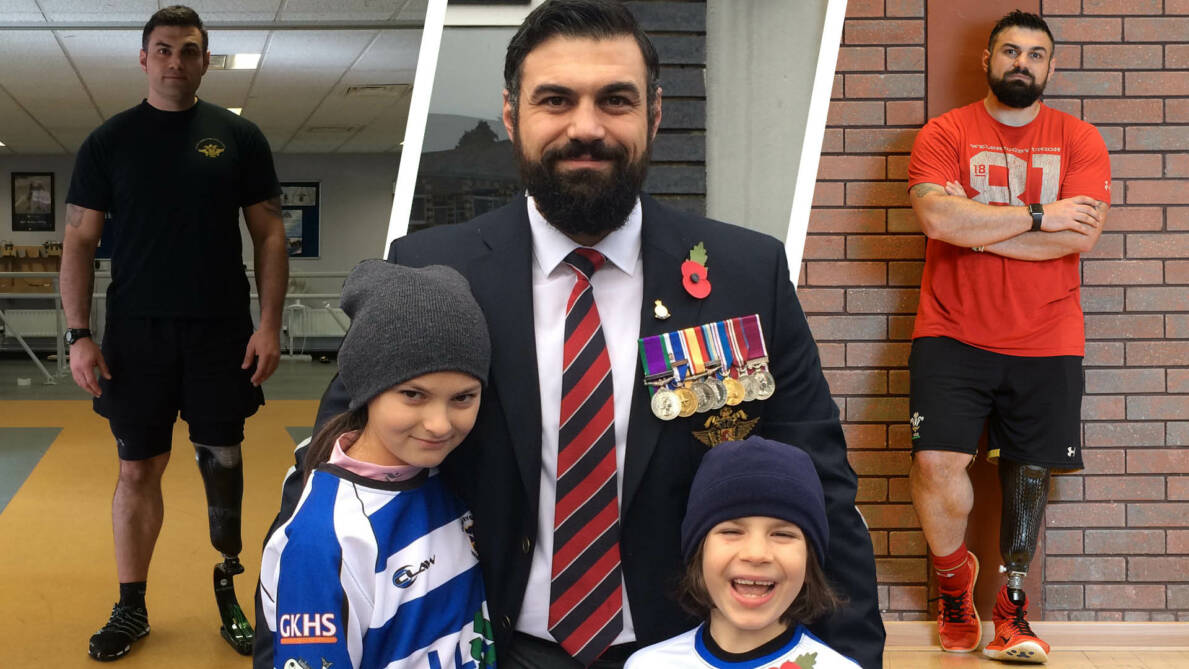 These days when I wake up I feel some pain in my leg before putting my prosthetic on for the day and when I’m sat working on my own and not out coaching, which is the often the case during this period, I can still hear that high pitched squeal in my ears so in some ways I guess I’m still there.

November ritual in progress, pre-clean of the medals. Time for a refurbish and re-mount I think 😬 pic.twitter.com/Mc90AXRcSC

War takes its toll. It’s not just the loss of those who didn’t make it back but also those who survived. Many of us lost friends on operations, but we have also lost friends who came back but never really returned to how they were before. Many of us are still fighting our own war and it is important to recognise this – more work is needed around veterans’ mental health.

Around Remembrance Day when I clean my medals it reminds me they are merely a physical representation of the experiences I have had during my time in the Army, a reminder of the great soldiers I served with, the danger we shared and the bonds we forged in those environments.

In retrospect do I regret joining the army having been injured myself? No. I’m proud to have served and proud to have fought alongside some of the best people I have ever known. I would do it all again. 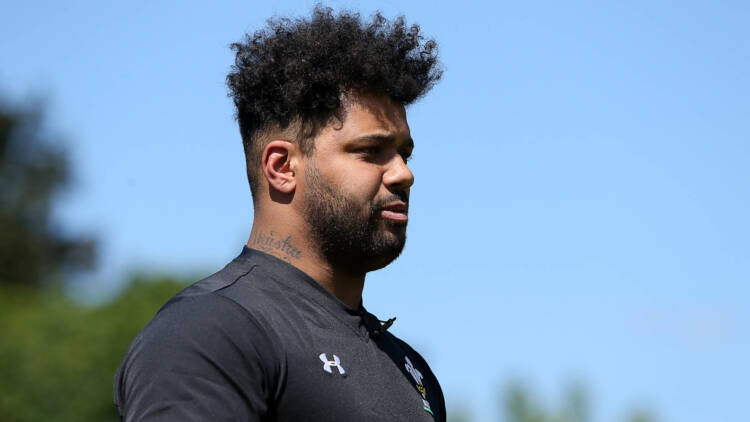 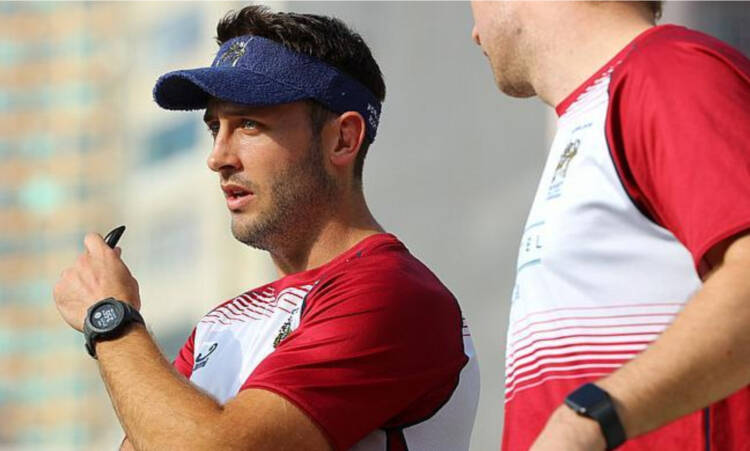 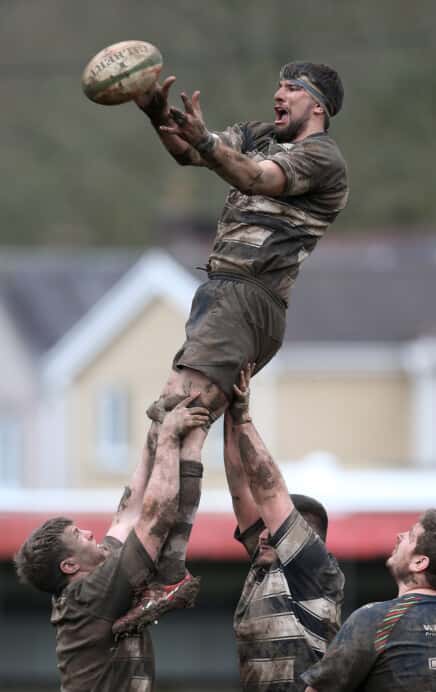 CAVC make it three from three with Cymoedd triumph 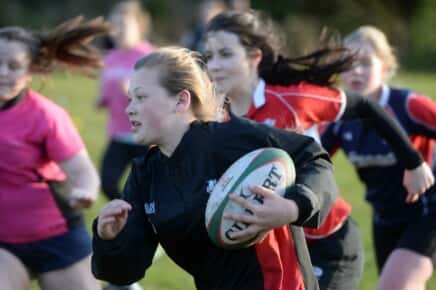 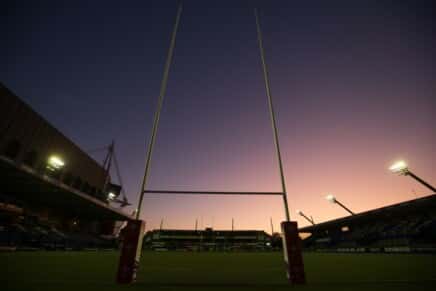