Walking Rugby has taken off throughout Wales in the last 12 months and is benefitting participants in more ways than one.

Players talk of clear benefits to their physical health but often cite the social and mental health benefits as even higher on their list of reasons for joining a team and, vitally, staying involved.

The number of Walking Rugby groups in Wales has grown organically from two to 16 in just 12 months with a range of organisations from rugby clubs to charities, Health Boards and third sector bodies providing the community-based opportunities and engaging more than 300 participants on a weekly basis.

Former Wales full-back Morgan Stoddart coaches the Cambrian Walking Rugby group. He said, “We regularly get 15 or 16 players at our twice weekly training sessions, we had 12 teams at a Walking Rugby festival in Treorchy last month and a similar number at Cambrian last week so it’s gaining popularity all the time.

“Quite a few of the players played rugby in their youth and others haven’t played much sport at all throughout their lives.

“They enjoy the exercise and also the friendship and camaraderie they gain from it. I enjoy it too, it’s a real change from competitive league rugby as it’s so open to male and female players of all ages and abilities.”

While the format is fully inclusive to all ages, genders and abilities, its main appeal is to Wales’ older and socially isolated population. With more than 877 000 people over 60 in Wales (just under 30% of the population), and that figure set to rise to over one million by 2030*, social isolation and mental health issues are a real issue.

The Welsh Government Strategy for Older People in Wales (2013-2023): Living Longer, Ageing Well, states that loneliness is a real health risk – ‘the same as smoking and twice that of obesity.. that staying physically active protects mental and physical health and that older people say that if they are able to participate in social and leisure activities, they are more likely to say they feel well.’

Based on this evidence, it is no surprise that GPs in Cwm Taf Morgannwg University Health Board now refer patients to Walking Rugby for the physical and social benefits it brings, while the Aneurin Bevan Mental Health unit have worked with the Dragons Community team to set up a team of their own, training weekly at Rodney Parade.

Kevin Hale, Community Support Worker for the Aneurin Bevan Health Board Forensic Psychiatry Service, who set up the Dragons NHS Walking Rugby team said, “From a mental health point of view it’s been priceless, the social benefits in particular are tremendous. Many of the players were very shy at the start and quite withdrawn but confidence levels and communication skills have grown massively and they have told us Walking Rugby has helped them in other areas of their lives.

“It started off as a means to get some of our service users active and also to have some social time afterwards to discuss any issues they’re having. It’s gone from strength to strength and we’ve opened up the opportunity so that anyone can join us at Rodney Parade on a Tuesday afternoon.

Greg Woods, WRU Entreprise Manager said, “Anyone can play Walking Rugby, whether you’re a lapsed rugby player or new to the game. It’s a social, enjoyable activity with obvious physical and mental health benefits. There is clearly a growing demand for more Walking Rugby opportunities around Wales and we are working with the current groups and a wide range of other partners to not only cater for that demand but provide support to the volunteers running the clubs and work with others to set up new outlets.”

WRU Community Director Geraint John added,
“It’s exciting to see the growth of Walking Rugby and to think of its future benefits to the health and well-being of the people of Wales – both the current or recent rugby-playing population and those who could join the rugby family through the Walking Rugby format”.

Wyn Griffiths drives from Cardiff to Clydach Vale in the Rhondda twice a week to be part of the Cambrian Walking Rugby group. He said, “I had a wake-up call after being diagnosed from a heart issue and my daughter told me about Walking Rugby. There’s a good bunch of guys here, we train twice a week and we have a good social time afterwards too. It helps physically and socially but especially from a mental health point of view. We are all getting on and so having good laugh with a group of like-minded people is good fun. It’s clear the game is building from the number of players and teams at last week’s festival and long may it continue.”

Cwm Taf Morgannwg Director of Primary, Community and Mental Health Alan Lawrie added: “Groups like the walking rugby create an opportunity for people to meet socially, helping to reduce isolation and loneliness in communities. At the same time it’s an excellent opportunity to get some exercise and improve fitness, even if you haven’t taken part in sports for a while. The beauty of these clubs is that people of all abilities can take part.”

If you want to start a walking rugby club within your rugby club, get in touch for advice and support participation@wru.wales and if you’re using rugby to walk off some of the Christmas excesses, be sure to share your pics and videos @welshrugbyunion @WRU_Community 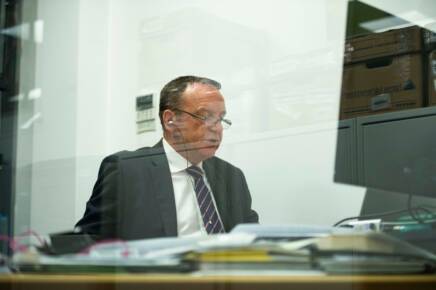 WRU Status Update: 'We are looking for parity' - Steve Phillips 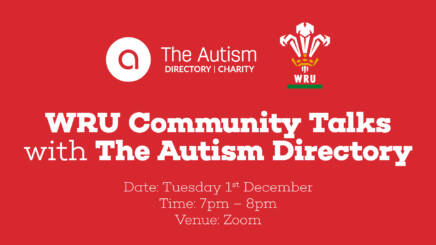 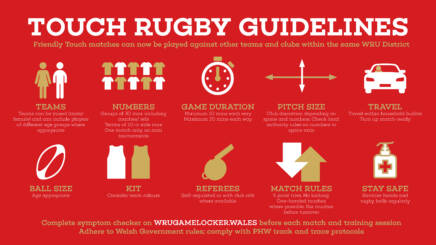 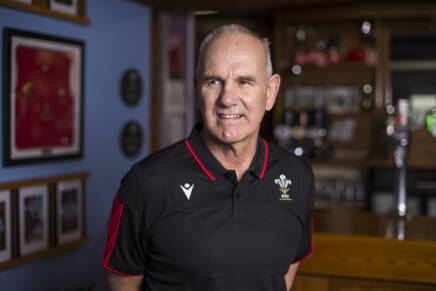