Milford Haven RFC 1st XV – with a little help from some willing friends throughout the club – have presented more than £8000 to local care homes after completing more than 60 000 press ups in five days!

Player and backs coach Steve Martin said, “It started out as a team exercise to help keep the boys together, to show that even if you can’t see each other, you can still do something as a team, and to raise money for a cause we cared about. All the care homes we chose have direct connections with our players via a family member either working there or as a resident so the challenge meant something personal to us all.

“We had 22 players so the challenge was initially to do 36 000 press ups in five days – 450 press-ups a day. But it soon became clear that we would smash the target early, especially as other players, coaches, committee members and supporters joined in with press-up videos too, so we increased the target to 50 000 – and then 60 000. We ended up with 52 people completing 69 288 press-ups. Some players would do them in their break at work – one player was delivering oil around Pembrokeshire at the time. We took turns to go live on Facebook three times a day so help with the team effort.

“The challenge certainly helped to keep the boys focussed so hopefully that will help when rugby resumes and it was great to see they were so willing to help out when the going gets tough. It’s fantastic to see so many other clubs around Wales raising money too at this time.

“We’ve delivered the funds to the care homes now and they were all very grateful. One said the money will help build a sensory garden for its residents, another said they will use it to treat the residents.

As a hub officer at Milford Haven School, Martin is helping with the school provision for children of key workers along with home schooling by day.

“Along with helping at the hub, I post fitness videos on the school Facebook page and a rugby challenge on the school Facebook page and after half-term the PE department is running a run, walk, bike challenge to virtually visit every secondary school in Pembrokeshire – 257 miles I believe. I’ve also been delivering the Scarlets care packages in Milford.” 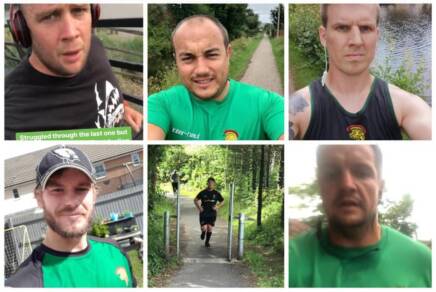 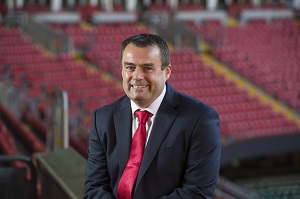 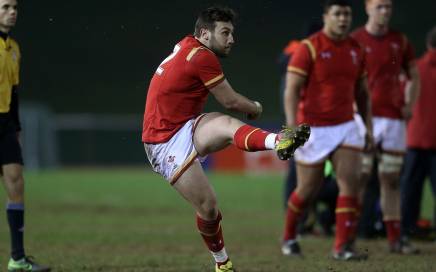 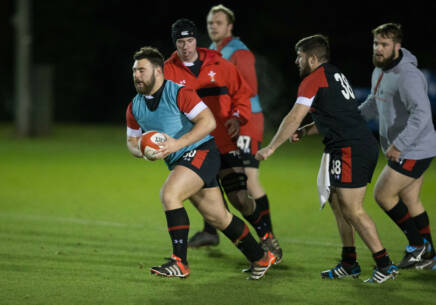