Jake Thomas playing for Pontypridd in the Premiership Final

Ambitious Old Penarthians have made two key coaching appointments ahead of next season.

The Division 3 East Central A side have added a first director of rugby, Keri Lovell, to their back room staff in the wake of signing former Pontypridd player Jake Thomas as their head coach.

Lovell joins the club having previously acted as the Vale of Glamorgan Hub Officer for the WRU with special responsibility for developing rugby at all Penarth senior and primary schools. It was a post in which he won the National Hub Officers award for changing the women’s game and also the National award for Coach Development in his first year in his role with the WRU.

A qualified Level 3 coach, he is the forwards coach for the Cardiff Blues U16 side. Before moving to south Wales he was head coach of the women’s teams at Canterbury Christchurch University, head coach at Gillingham Anchorians RFC and a Development Coach for England RFU.

“Since moving to South Wales I’ve been amazed at the passion for rugby throughout the community. This is particularly so in Penarth and I hope in my new role at the Old Pens I will be able to give something back to a sport that has given so much to me over the years,” said Lovell.

Dating back to 1923, the club is across the road from Penarth RFC and hosts the longest running seven-a-side tournament in Wales. Last year’s event was the 70th anniversary of a competition that has regularly featured international players and which now includes a women’t section.

“The game in Wales may be under stress at the moment, but at the Old Pens we have a clear vision of what we want to become. Our recent appointments will help us go from strength to strength,” said club chairman, Steve Clarke.

“Keri’s role will be an all-encompassing one with responsibility for overseeing the growth and development of all forms of rugby at the club from U6 right through to seniors, veterans and ladies. It will also include individual player development and player retention.”

Lovell will work hand-in-glove with new head coach Jake Thomas, who takes over from Simon Hurley and Anthony Davies after they completed a five year stint in charge. A Level 3 coach, Thomas played in the back row at Cardiff, Pontypridd and Merthyr after winning Wales age-grade caps.

Thomas has extensive experience of regional age-grade and academy performance player development and, until recently, was employed by the WRU as one of their regional Development Managers.

“Jake started with the club in June and has spent time getting to know the players. He will be bringing in additional coaching support to ensure that all players, current and new, receive the very best coaching that modern players deserve,” added Clarke.

“As a club we are excited to have secured the services of such an exciting and talented young coach and look forward to working closely with him once the season eventually starts. We have been pushing for promotion in the past two seasons and we’d love to be able to establish ourselves in Division 2.

“We are very much a community, not performance, club. Our ambitions are centred around providing the best possible playing opportunities for all our players to give them a great rugby experience both on and off the field.

“We started a women’s team last season and we will be launching an U17 team when rugby returns with a view to establishing a Youth team in the future. If we can help launch players on a career that takes them into the Championship, Premiership or even beyond, then we will be very, very happy with that.”

A highly successful solicitor in Cardiff, Clarke is looking forward to investing more time into the management of the club he represented during his career as he takes steps towards retirement. A former chairman of Tennis Wales, he is well used to the board room antics of Welsh sport.

“We will be incorporating as a club next year and we are delighted that Martin Ryan, who is a board member at Cardiff Blues, has agreed to chair our board. His experience will be invaluable for us,” said Clarke, who was captain of the Stanwell School side in which Ryan played many years ago.

“As a club we cannot afford to stand still. We need to freshen up our offerings to all players of all ages.

“We are improving our gym facilities, looking at how best we utilise our squash courts, seeing if we can add a netball court for the Penarth Pendragons, who are attached to us, to play on, and we are in discussion with the local authority about taking over the lease of our playing fields.

“I am comfortable in managing change and I hope I can be the catalyst for that over the next three to five years making Old Pens an even more attractive club for people in our community to become a part of.

“We have an amazing group of volunteers at the club. Nigel Williams is coming up to his 50th year as Treasurer, Mel Jones just stepped down after a marathon 15 year stint as chairman and our President, Tony Crimp, is a former captain who has been with us man and boy.

“It has been great seeing the enthusiasm of the players who have created our women’s team and we have to make sure we are offering the best possible facilities and back-up we can for everyone who wants to play for us.

“We don’t pay our players, although we do pay our coaches and director of rugby. Our captain, Rhys Lakin, has outlined to us what he and his players want – good coaching, good medical support, modern facilities and an enjoyable rugby experience.

“That’s what we are all striving to achieve. It is not rocket science, we aren’t re-inventing rugby, we are merely updating the old values of the game into the modern era.” 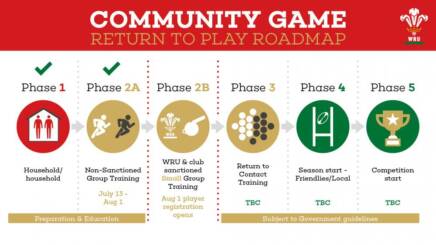