During a 12-year playing career Nadine Griffiths won 44 international caps, represented the famous Nomads and featured in European Championships and a Rugby World Cup – but her proudest moment in the sport has been the establishment of the Cardiff Blues Community Foundation.

Griffiths has dedicated more than 30 years of her life to rugby, first as one of the founding members of the first official women’s team of Cardiff RFC and then a champion of the sport, capturing the hearts and minds of thousands throughout the region.

The Cardiff Blues Community Foundation Director grew up in Pencoed playing hockey to county level and competing as a Welsh Schools javelin thrower. Her family had always been rugby enthusiasts and her brother Geoff played at county level and in the Premiership for Llanharan during the 1990s

She was a regular on the touchlines of the Dairy Field and it was during the first unofficial Women’s Rugby World Cup that Griffiths took her first steps of a long career.

Games were being staged at the home of the Black and Blues, who famously took their colours after being handed an old set of Cardiff kit, and the idea was born at a post-match disco.

Griffiths recalls: “As a 15-year-old, I found myself at a disco at Llanharan RFC, which was hosting a few games during the first Women’s World Cup. One of the guys there was thinking of starting a women’s team and asked me if I wanted to join and I’ve never looked back!

“We started a team but were only getting 10 or 12 girls each week and Cardiff had a similar problem so we merged the two sides and played under the Cardiff RFC banner.

“I had never played rugby previously but I was straight in and playing senior rugby at 16 and then won a Welsh Students cap at 17, despite still being in High School. You can just imagine it, this schoolgirl with these girls in their early 20s from UWIC and places!

“A year later and I was winning my first cap, against USA, and 43 caps later I knocked it on the head. I won 22 caps as a hooker, 22 on the tight-head and had played at World Cups and European Championships.

“I achieved everything I wanted and was struggling balancing work and rugby. I always wanted to go out on my terms and I retired as Wales first choice, having not missed a game since I started.”

Through Griffiths’ career there were multiple highs and lows, the highlights including tours to Canada and South Africa and the 1998 Rugby World Cup in Amsterdam.

“That World Cup in Amsterdam was the first proper one fully sanctioned by IRB. It had always been amateur to a large extent but this was like the men’s World Cup, you had an official dinner, you had to parade as your country, there were official duties and it felt like proper international rugby. That tournament is probably the outstanding memory.”

After hanging up her boots in 2002, the then 28-year-old was determined to keep her hand in rugby and instead turned to coaching.

Much has changed since Griffiths first began coaching, and as a woman she was a rarity. It led to some awkward situations but she is pleased to see how much progress has been made in recent years,

“It was quite difficult at the time because I was one of only a few women in the UK to be coaching at that level,” continues Griffiths.

“I was always the only female on course and there were a number of occasions where I was mistaken for the first aider.

“It’s changed quite a lot now, particularly in the last few years, and looking at Cardiff Blues, we have had a number of women working within the community department which is great.”

She has remained in the Cardiff Blues region and has enjoyed seeing the likes of Jamie Roberts, Sam Warburton and Owen Lane develop from summer camp attendees and RAG players to guests of honour as Cardiff Blues and Wales stars.

And while the size and structure of community rugby has changed on numerous occasions, and ‘Nads’ has had varying employers, her remit has always been on the development of the community game around the same region. Her region.

Traditionally that meant developing rugby opportunities and engaging players but today, particularly following the launch of the Cardiff Blues Community Foundation in 2018, there is much more than meets the eye.

Prior to the Covid-19 pandemic the Community Foundation was engaging with more than 50,000 people, proving there is a jersey for all.

As the Mission Statement reads, it is all about “using the power and values of sport to INSPIRE, ENGAGE and IMPROVE opportunities for all people within our community.”

There are employability and educational programmes and courses including a BTEC and Foundation Degree, Disability Rugby, Vision Impaired Rugby, an abundance of school and club visits, tag festivals, holiday camps and dementia programmes to name just a few.

And it has become Griffiths’ life passion.

She continued: “The foundation has been massive. Not only in terms of boots on ground but engagement numbers, over 50,000 people. We would never have achieved that unless we were in the model that we are now

“I’m most proud that we are an organisation where no matter who you are, what age, background, ability, ethnicity, gender… we have something for you.

“In the past it was just engaging rugby players, it was all around the game but now via the vehicle of rugby we are engaging people in all manner of different ways. It might not even be with rugby but the values associated.

“Family, discipline and teamwork, those are the kind of values that take you through life and by utilising what we have – the brand and such a passion for rugby – we can inspire, engage and improve opportunities.

“If you are 90-years-old, we still have a programme you can engage with our social coffee mornings for older people with access to the Trophy Room and its plethora of memorabilia or dementia yoga in the clubhouse.

“A lot of people just see the rugby and the 23 that run out on a Friday or Saturday afternoon, they don’t realise that as an organisation, we have enormously diverse programmes and roles and deliver a huge amount of social good.”

The Foundation has already made an invaluable difference to numerous people throughout the Cardiff Blues region and the Renishaw Raising Aspirations Programme and the new Bouygues UK Tackle Scheme, stand out as initiatives that can truly change lives.

But when quizzed on just one example where the Cardiff Blues Community Foundation has changed a life, there is no hesitation. Joe Pursey instantly springs to mind.

A congenital heart condition meant Joe, had open-heart surgery three times as a child. It affects his energy levels and he becomes breathless easily.

Multiple and complex difficulties overwhelmed Joe at school and he dropped out, experiencing panic attacks and agoraphobia. As his agoraphobia reached its peak, he didn’t leave the house for 18 months.

Griffiths reflects: “Joe’s journey is a massive success story. He has a lot of challenges and when he joined the “Get Started’ with rugby course he was severely agoraphobic.

“To gradually get Joe attending our classroom, progressing through the course and to helping us at every match-day in front of thousands is unbelievable. Joe has started playing rugby again and is currently the captain of Cardiff Chiefs, our mixed ability team. We are all so proud of Joe and what he has and continues to achieve.”

With the exception of Griffiths, who heads up the Community Foundation, every other member of staff is a graduate of one of its educational or community coach courses.

It is further proof of the success of the department and displays a clear and well trodden path from classroom to employment, which gives ‘Nads’ great pride.

And, unsurprisingly, Bilbao 2018, where all employees were given the opportunity to travel to the European Challenge Cup at the club’s expense, stands out as another fond memory.

She continued: “That meant the world to staff. You honestly cannot underestimate the work that goes on behind the scenes here. There are a lot of very good people, who are incredibly passionate about not only their role but the team in general and they go above and beyond.

“What goes on the pitch is understandably the focus but to allow that to happen, a lot of other people work desperately hard.

“For myself and every single person at Cardiff Blues, it meant so much and it makes you love it even more.

“We are genuinely a family, some of us can argue like brothers and sisters at times but it is always because we are so passionate about what we do and want the very best. I feel part of something really special here.

“Other memories include the EDF Energy Cup final where as staff we all travelled up with the supporters for a memorable day at Twickenham and another Jonah Lomu’s home debut.

“I still get goosebumps thinking about it. It was the first time I had experienced the Arms Park completely sold out. There were touts everywhere in the build up and every time the ball went remotely close to Lomu there was such a buzz.

“Then there are memories of all the players who have come through our camps and festivals and gone on to make it. You look at the Wales squad in the autumn and there were so many players that I remember coming to the Arms Park as kids. I keep saying to myself that I am going to pull out all the logs and go through them to create a proper list!

“But you look at Sam Warburton, who achieved almost everything there is to achieve and I remember him coming to games as a kid with his brother, who is also back here working. He was such a consummate professional even as an academy player and it is brilliant to have him as an Ambassador for the Foundation.

“Our outreach is obviously impacted by Covid-19 at the moment and we are limited in what we can do but we are still making a difference to people every day and I cannot wait to see what we can achieve in 2021.”

This article originally featured in the Cardiff Blues match programme, which you can read here. 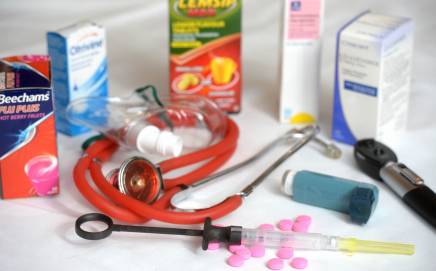 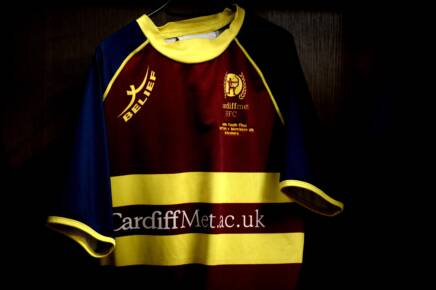 Plenty of reasons to be cheerful at Cardiff Met 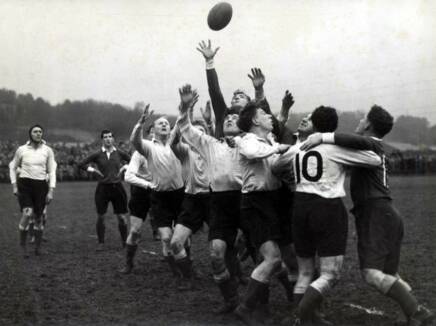 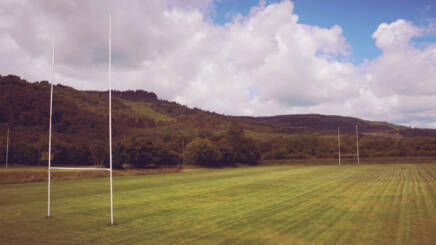